Tools of the Habitant

Diderot's work is a massive collection of engravings showing various 18th century professions with details that include the tools and processes of the trade.  An online collection of these drawings can be found here:

Applying Diderot's work to a French habitant context, I want to show the plates entailing the agricultural arts.  The fertile area around Kaskaskia was known as the "American Bottoms" and was the major grain producing region in French Louisiana.  Therefore, it is likely a safe assumption that many of the tools and methods depicted in Diderot's work would have been used in the Illinois Country.

I hope to soon begin making some of the simpler hand tools that would have been common to the habitant.  In particular, the hoe, shovel, rake, pitchfork and threshing flail would be common tools that would be a nice addition to a historic agriculture display or any one of these would work well as a strolling companion at an event.  Several of these tools can be viewed in the plates below: 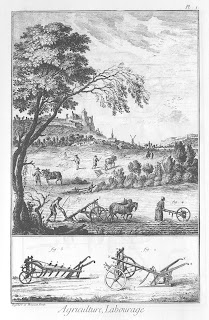 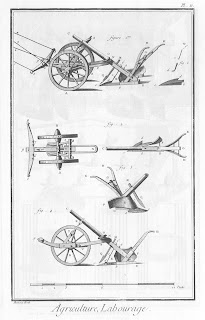 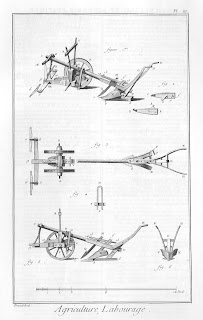 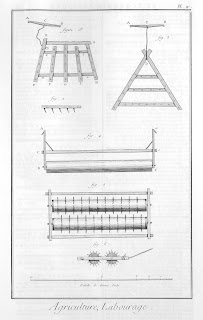 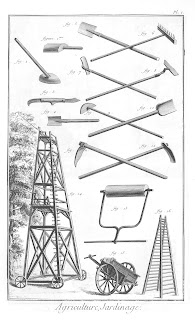 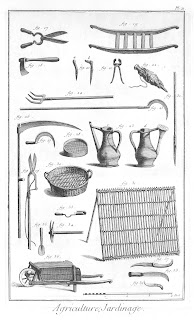 Plowing and Harvest of Hay 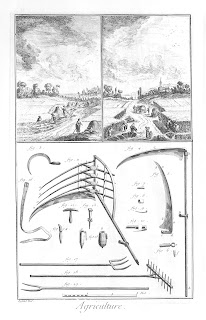 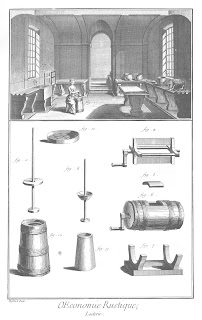 Threshers in the Barn 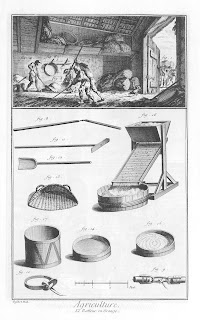 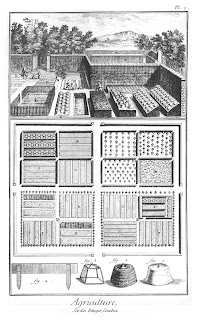 In my research I encountered mention of a windmill owned by the Jesuit priests near the village of St. Philippe.  Just for fun, I included Diderot's engravings of a windmill.  I speculate that our St. Philippe mill would have been similar in both mechanics and appearance. 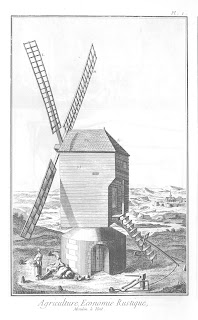 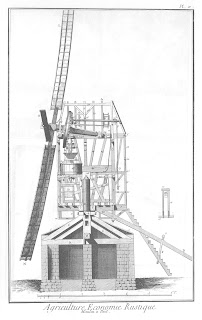 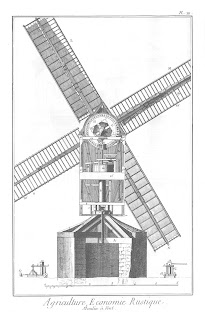 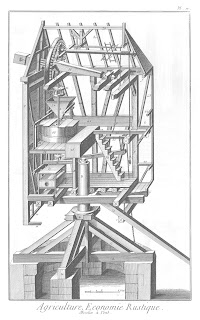 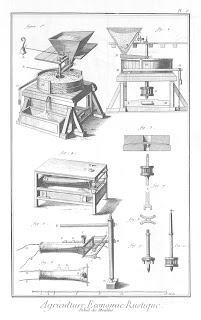 As an afterthought, I began looking at some of the details of the farmers in these illustrations.  It seems that in France, the typical farmer depicted in Diderot's artwork wore a chapeau, chemise without a veste but possibly a gilet, culottes, bas, and souliers or sabots.  (Brimmed hat, shirt without waistcoat but possibly a short vest, breeches, stockings and leather shoes or wooden shoes.)

Descriptions have been found of farmers in the Illinois Country wearing nothing but their chemise to work the fields, so it may be the case that the Illinois habitant was completely unique in his field dress.  After all, the climate in this region is extremely hot and humid in the summer growing months.  Here are the details from Diderot's engravings: 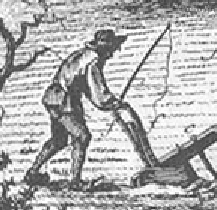 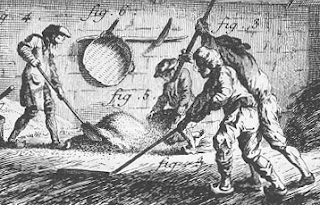 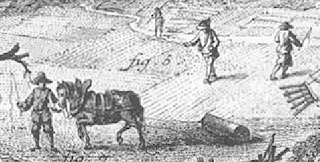